We have a pretty much unspoken "Keep the real world out" policy here at The Cobalt Club. But these are exceptional times and we really care about our friends and family. And you folk's here are both friends and family. I would really like to know how everyone's doing and what you've been doing to endure the insanity.

I live in Central Florida. So, we're used to dealing with hurricanes and the inconvenience they can bring. That also means that we're used to prepping for the occasional disaster. While we weren't yet fully prepped, we did have most of what we need. So, all I had to do, was increase the level of long term food and various consumables. We're all good in that area for about a month.

The hard part is the psychological part of all this. My work closed two weeks ago and I won't be going back for at least another two weeks, due to a brand new "Shelter In Place" order starting tonight. That's expected to last for at least two more weeks.

Happily, I have about a thousand books, countless movies (along with four paid and a dozen free streaming services), as well as an extensive video game collection (which goes back to an original Atari C-100 Pong Deck). And I live on a rather large lake, so I can escape to the sunshine without breaking the social spacing rules. So the wife and I are in pretty good shape on the whole of it.

Now, I have just one bit of advice in all of this. Stay informed in order to keep yourself as safe as possible. But don't sit in front of a TV absorbing the paranoia that the media tends to spew on a continuous basis. We do a daily half hour in the morning and in the evening. That's our limit. Because we know that sitting in front of a TV obsessing over things beyond our control, can destroy us mentally, emotionally and eventually even physically. So, as I said before, stay informed but don't obsess.

So, how's everyone else doing? Feel free to pop in and comment daily if you want. Let's just keep any politics out. I'm starting this as an opportunity for my friends to socialize, in a world gone to ground. We'll leave the politics to places better suited for it. We care about people here.

That's why you are a moving force behind the Cobalt, Space: you remind us what's most important--family and friends who care.

Personally I'm in Michigan, working on the tunnel to Ireland with a small spoon. It's been in the back of my mind for some time now, ever since our younger son and his wife honeymooned in Ireland, and what with Seamus there. . . Never seemed to have the time before, and the zoning permits are horrifically expensive, but I think it will be done by Easter.

Like you, I have a library of books that look impressive on the shelves and a couple millennia of movies stacked at the ready, two Atari 5200s and 2600 to augment the Nintendo, the Sega Genesis and the PS 2 that all survived the basement flood of '20. Not to mention the five two-tetrabyte storage external drives filled with radio shows. . . so cataloging alone will keep me from sleeping. . .

Our elder son just received (earned) tenure at his University, so we're celebrating over the phone. Our dog is also teaching me the value of naps.
Long live Cobaltia and the family that never forsakes you.
Jeff 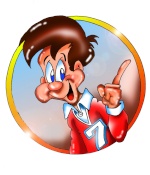 So, in a nutshell, you're so bored that you're digging holes in the wall of your newly renovated basement? And you've reached the point, where you're using Mrs. ghemrats' cutlery to dig holes in the basement walls?

Keep digging Jeff. I have started digging to meet you we should meet somewhere in the middle. I am digging mine to take a full sized sedan. No way I am walking to Michigan from here. Look up the history of the Irish we are good at building tunnels LOL.

I have loads of books I was aiming for 120 books read this year. At my rate now I will hit 250 read. Have to be continuously learning. Listening to vinyl.

One thing I enjoyed was I watched Marc Marons standup shows on Netflix laughed my ass off. Everything he covers I have seen. He does great riff on tube amps and collecting vinyl lol.

So digging towards Jeff. Great news Space I have decided best route is to make landfall by you. So have your shovels ready when I hit Florida we will head towards Jeff. And shout out to Elon Musk. Thanls for lending me the Boring companies equipment. We will be TransOceanic soon.

Let's see if we can get this organized. Jeff's digging to Ireland from Michigan, while Seamus is digging from Ireland toward Florida. Boss, I don't recommend digging your way to Florida. And if you two wanna intersect some place between over there and over yonder, I'd recommend Ya shoot for Ireland's Eye, Newfoundland. That's about as close to half way as is possible, without a pair of water wings or some such.

As for tunneling to Florida, there are a couple of things Ya oughta know. First, the peninsula is really just an oversized sandbar. The surface water table is only about three feet below that surface. That's the primary reason that basements are almost unheard of here. And tunneling through water saturated sand might be a bit much, even for an Irishman. Second, currently the State of Florida is requiring everyone coming from outside the state, to do a voluntary 14 day self quarantine. And I suspect that they're about to get a little bossy about it.

New plan. Both of Ya should vector to the aforementioned Ireland's Eye, Newfoundland. I'll dig the auto-gyro out of the hanger and pick Ya both up there. Then we can plan for whatever grand adventure awaits. I wonder if anyone else wants to tag along?

Oh, okay. I was planning to dig out a basement for you, Space, so you could know the exquisite pleasure of internal swimming pools. I also hit a small snag--after seven spoons breaking, I find it challenging to break through the cinder block. This will not deter me, though. See you soon, guys.
Jeff
_________________
GHEMRATS
"WRONG! You had Special K with bananas!"

Jeff, if Mrs. ghemrats finds out what you've been doing with her flatware, she's gonna be whackin' you on the punkin' with a Louisville Slugger. At least that's how it would work out at my house.

Not to worry, my friend. I'm not using our everyday cutlery--I'm using the Franklin Mint collection that she had hidden away in the hidden vault behind the Red Velvet Elvis.

by Seamus Yesterday at 1:27 pm

Roger that new plan Space. Heading for Newfoundland. I will then head down through Ontario to Jeff we will then tunnel together down towards Alabama. From there we will build a hyperloop tube down to you in Florida. This is a working plan. The three of us now have to fund the estimated 12 billion dollar build cost. I am bringing up a fundme page. I have negotiated deals for us with three major freight carriers to use our new Cobalt Transcontinental Transport System (CTTS). Space can you get on t-shirts for that. Jeff I need a 12,000 page build prospectus by Monday.

by Space Cadet Yesterday at 1:58 pm

HOLY CRAP, BOSS! This is startin' to sound like a government project! I say we hoist the Jolly Roger and plunder what we need FROM the government. I hate that I turned on the Romulan cloaking device and walked away from. Because now I can't find it, when we need it. So, if anyone trips over somethin' that's not there, let me know where it wasn't.