Excellent - a fill. Thank you lasombra.

Yes, Jerry has a number of date errors in his list. I try to check multiple sources wherever possible. It's time consuming but better in the long run I believe.

The January 20 show was pre-empted for the inauguration celebration. The next one I have is: 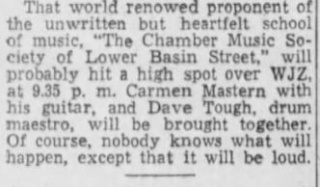 The date is way out on this one lasombra and it's definitely not 6-30-40. AFRS didn't start broadcasting under that name until late 1943 at the earliest. Special Services was in the act before that, but only on a few shows. I'd place this one at late 1943 or early 1944. I'll hold on to it for now. 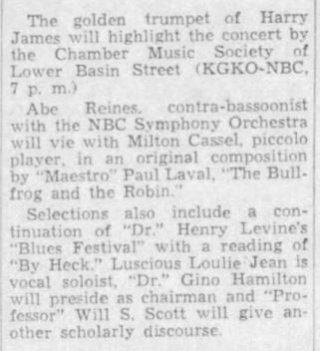 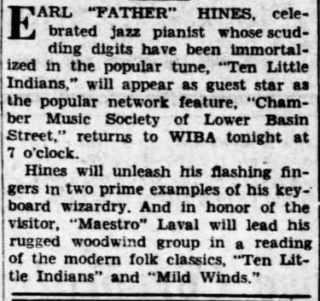 I'll do two again today as I'm now through 1941 with my documentation.

This next one I unfortunately only have the first 15 mins of the show. The female vocalist is named in the paper as Diane Courtney but it sounds very much like Dinah Shore to me. Comments? Also, anyone have the whole show? 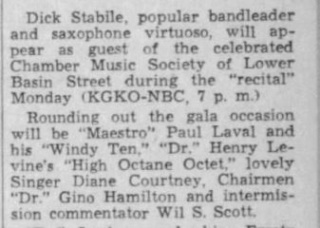 There was no program on June 16, it was pre-empted for a speech by the Secy of the Navy

On this next one, the opening number is announced as 'Black Eyes' but it is actually 'Dark Eyes' as noted in the paper clipping. 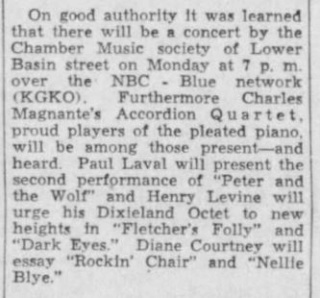 Sorry about that - it's there now, along with today's post.
As announced at the start, Tommy Dorsey was scheduled but broke his tooth and was unable to appear. 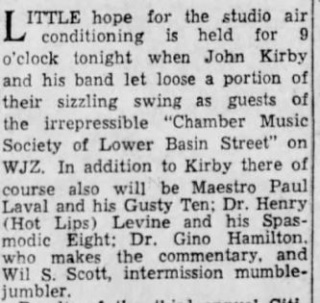 Tonsorial Twitterbug have I just spied enough prior art for me to sue Twitter for the use of the name Twitter I shall hit the law books.

Isn't that a great name?

Two more today as I plod along. This one was billed as being Gene Hamilton's last show as MC, but as we will see in the next show that was not quite the case.

Gene Hamilton is back for one more show as it turns out Jack McCarthy had a prior engagement which no one knew abaout. 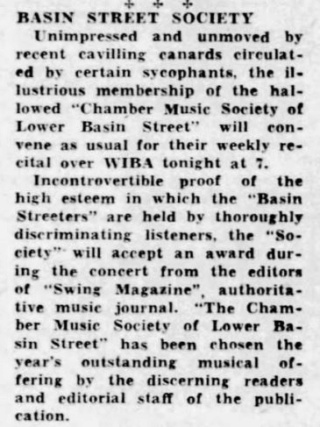 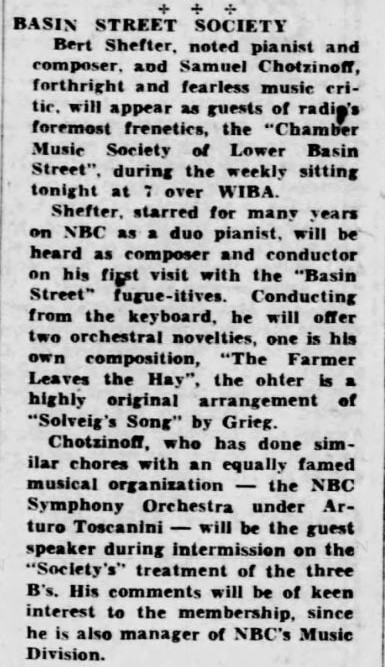 The program continues, still without a sponsor. Still a mystery to me as the shows are terrific during this time frame, IMHO of course. 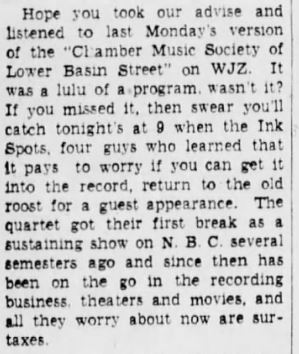