I just wanted to tell you all, how proud I am of this group. It's not a large group, but it's never been a particularly large group. We've been through many trials over the years and the club has changed formats quite a few times. But the heart and soul of The Cobalt Club has always been the members. Your dedication over the years, has kept The Cobalt Club a significant contributor to the OTR community.

No, I'm not going away and neither is this board. In fact, I've tried to set things up so that The Cobalt Club can continue, even if I'm not able to maintain it for some reason. I still view this as a temporary workspace, until our Fearless Leader can find the time to raise the phoenix from the ashes once more. But if that never happens, I'm confident that we'll be able to carry on.

Thank you Ladies and Gentlemen. You are The Cobalt Club. And you have every right to feel proud of your accomplishments.

Thank you for keeping the place up and running

jerry6 wrote:Thank you for keeping the place up and running

The true lovers of OTR are here !

Thanks for keeping it going.

It had to be done. The Cobalt Club is HOME!

I don't find time to visit much - but I do much appreciate this place and it's members.

Thanks for keeping this place going .

Still around but not very active these days. Thanks for keeping things going.

harleyrider wrote:Still around but not very active these days. Thanks for keeping things going.

Yup, it's a pretty quiet group. I'd love to see more of the old silliness and just a bit of chaos. We used to have lots of fun together.

I've been a quiet but admiring member for many years. So glad the Cobalt Club continues on. Many of my best OTR moments derive from here and I have loved the wit and wisdom of the membership. Thanks so much for keeping it alive. 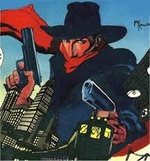 Carnation1940 wrote:I've been a quiet but admiring member for many years. So glad the Cobalt Club continues on.  Many of my best OTR moments derive from here and I have loved the wit and wisdom of the membership. Thanks so much for keeping it alive.

Great job Space. I have been so busy making hay while the sun shines I have not been here in a while. I think we all feel that Cobalt membership is for life. I know I treasure this club its always an oasis of calm in a fast paced world.

I am just remembering the old days when I would be fighting hackers every other week. Those were the days. Hard to believe its been twenty years now I think. Wow.... I was fresh out of University when this all began.

Anyone else have fond memories? goes without saying my memories of Omaha, and Capt. Did Capt ever show his head in here? so many good friends ...

I remember starting with the OTR Yahoo groups back in 2001. Since then, unfortunately, we have lost many wonderful members, who were pioneers in collecting and distributing OTR shows.

I remember how excited I was to be able to get the complete set of episodes of Box 13, without the use of mp3's, only cassettes.

What a change now!

Capt. disappeared quite a while back, and we've been worried about him. Yes, he not only managed to find this place, but he was our first moderator here. And I still carry him on the roles as a moderator, hoping that he'll some day find his way back to us.

Fond memories??? I have too many for even a series of posts. Single fondest memory... The time our server started to die. When the members of the club banded together, to donate enough money to buy a new server, in order to keep The Cobalt Club alive.

Single whackiest moment... The time The Cobalt Club brought the RIT web server to it's knees, due to the overwhelming level of OTR downloads.

Times I just sat back and laughed and laughed... The many times that overly enthusiastic newbies got the "Omaha" treatment. I was in total awe, of Omaha's command of non profane invective and sarcasm.

Mars still pops his nose in the door occasionally. And I still keep in loose touch with Bill_Atkins, but mostly through other sources. He's doing well, but has been just as busy as you've been for the past year or so. And a few of the old familiar faces still hang out here occasionally, but mostly just as lurkers.

But who knows. Maybe some day, the old familiar bedlam and chaos might yet return to The Cobalt Club.

The Cobalt Club is invaluable to me. This is the otr community I treasure. Members have always been gracious and helpful to me when I was a newbie and as I progress through my radio studies.
Thanks to you all.