Suspense_1959-04-12_Too_Hot_To_Live_wVanHeflin UPGRADE STILL LQ.mp3
[You must be registered and logged in to see this link.]

Suspense_1959-05-03_The_Amateur_wJackieCooper UPGRADE-2.mp3
[You must be registered and logged in to see this link.]

The mystery behind the authorship of Treasure Chest of Don Jose appears to be solved! Who is "Christopher Anthony"? It's William N. Robson, not Antony Ellis! Bill Robson's sons at the time of the broadcast were.... Christopher.... and Anthony! 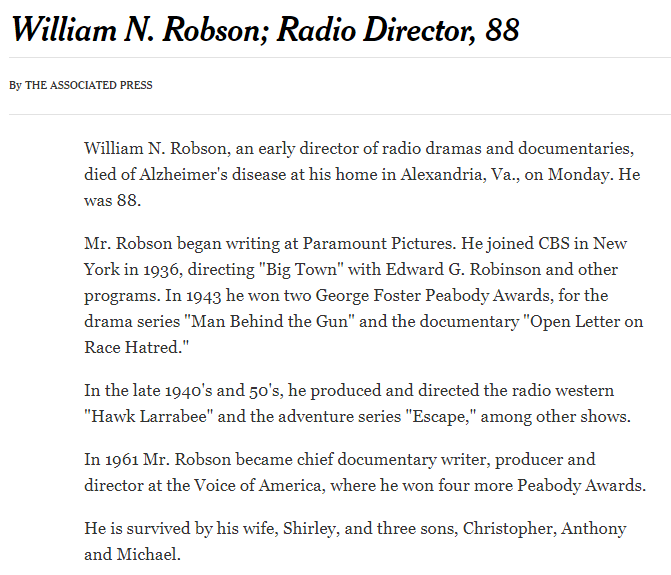 So why was this done? I can't tell for certain, but two things are at play.

If the 1958 recording identified Robson as the writer, what did the 1956 recording say? This is what made me suspicious. The 1956 episode recording that is in circulation has a clipped ending, so none of the credits are available -- we have to hope that a full recording appears at some time. But there is another source. The KNX collection at the Thousand Oaks library has the scripts, and the information on the cover sheet of the 1956 performance got my attention: 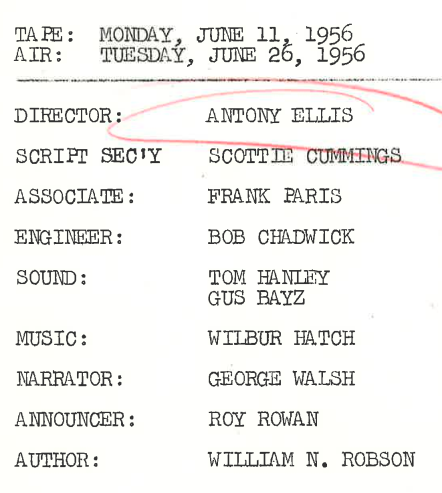 Antony Ellis is the director! If Antony Ellis was "Christopher Anthony," why would he allow Bill Robson to take credit for writing  a script that Ellis authored four years before? Ellis was a prolific radio writer, and he often wore many hats in his productions, including producing, acting, and writing.

One of the reasons why Robson would have used "Christopher Anthony" as a pseudonym was that he was working for Mutual in 1952, the time of the first Treasure Chest of Don Jose performance. He was doing the Modern Adventures of Casanova with Errol Flynn as the star. There is only one program of this year-long series in circulation, and from what I have read about the series we should be grateful that the others have not surfaced

The other possible reason is that Robson was listed in "Red Channels" -- there were many people listed in RC who kept working -- so it is always hard to discern what the effect of the listing was on specific careers. Robson supported the Henry Wallace campaign for the Progressive Party in 1948, and a lot of people were listed in RC just for that. But some executives were influenced by the listings, so using "Christopher Anthony" was a way of laying low and away from their attention.

The first explanation of the Mutual involvement makes more sense. Robson was involved in many projects at that time, not all of them radio-related, so the gap in the RGI is not as big a deal as it may seem. But working on a highly publicized Mutual series was.

And this explains why taking credit under his real name for writing Treasure Chest of Don Jose in later productions, even one directed by Antony Ellis, was not an issue of stealing Ellis's credit, but properly identifying what was already his legitimate work.

Thanks greybelt (and for the info)

Suspense_1959-05-17_Friend_of_Daddy's_wFrankLovejoy AFRS UPGRADE STILL LQ.mp3
[You must be registered and logged in to see this link.]

This is a network version; the AFRS version that’s around is not particularly good either. Maybe a disc will show up one day.

Personal update: My mother still has many challenges ahead, but has stabilized to a point to being moved out of the hospital in a few days to another venue that has a more appropriate type of care. The pneumonia is still winning, but other aspects of the hospitalization have improved.  I saw her the other day when she was very lucid for a couple of hours and we had a good conversation. Some of the medications she is being administered are to counter the side effects of the other medications, and those medications, in turn, affect various blood tests. So as you work to improve one thing, you distort the various medical test data that would provide indicators of the nature of her situation. The outlook for her is not particularly good, but the direness of the situation seems to have passed. Thanks to everyone for their kind wishes and, especially, the prayers. 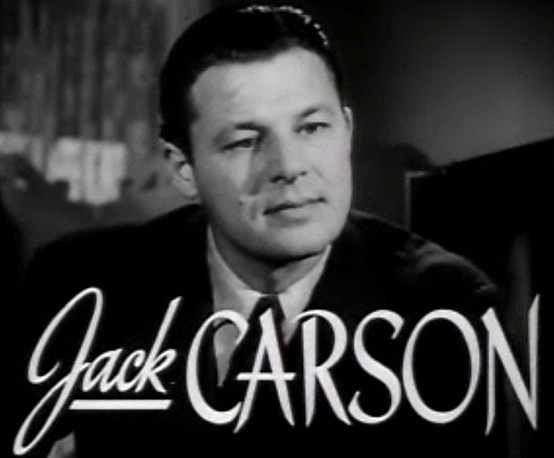 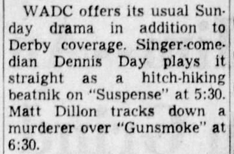 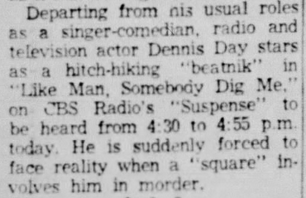 I'm getting a message that the file has been deleted or has expired, Greybelt. Do you want to check it again?
Many thanks.
Jeff
_________________
GHEMRATS
"WRONG! You had Special K with bananas!"

It's pretty obvious that hubiC is not a reliable hosting service. It has outtages and a lot of the links don't work. It's also hard to establish the links.

sync.com has 5GB of storage -- but if everyone possible signs up for an account using this link
[You must be registered and logged in to see this link.]
I will get an extra GB of space -- and so will that person.
Please sign up for sync ASAP so I can begin posting reliably once again. We still have many recordings to go.

Okay, pal. I've signed up. Hubic has not let me download any of the last three files you posted, despite reloading the page and hitting the link several times.

I've signed up too.

[quote="greybelt"]These are two shows -- the clipped open one sounds a little better, but the other one is more complete.