I'm working on an article about "Sorry, Wrong Number" and have been looking for a recording of the 1947 Decca Record version.  I found one posted on Youtube and thought I would post it here for anyone else who might want a copy. I have uploaded a copy to pcloud and am also including the youtube video link here.

Wow - Thank you very much.

Thank you for this airlanes!

thank you for the show

Here's a bunch of items related to this record release -- it was released multiple times and was quite a success! From what I have been able to research, this was a new production, and not an edited version of a broadcast show. 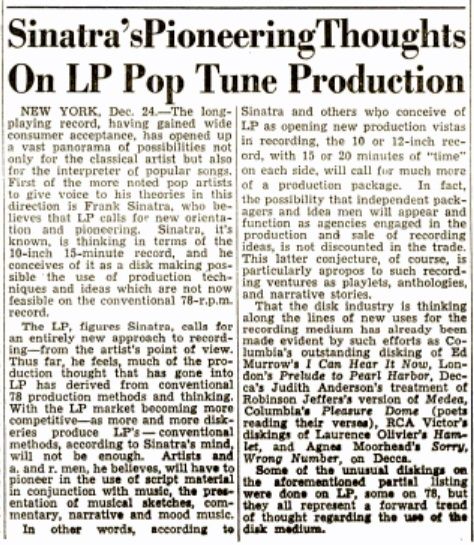 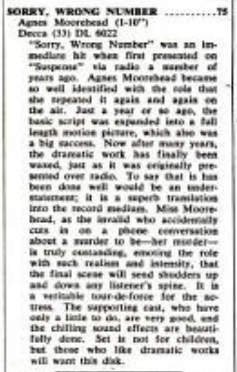 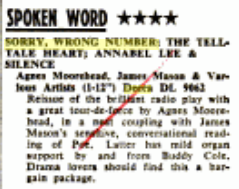 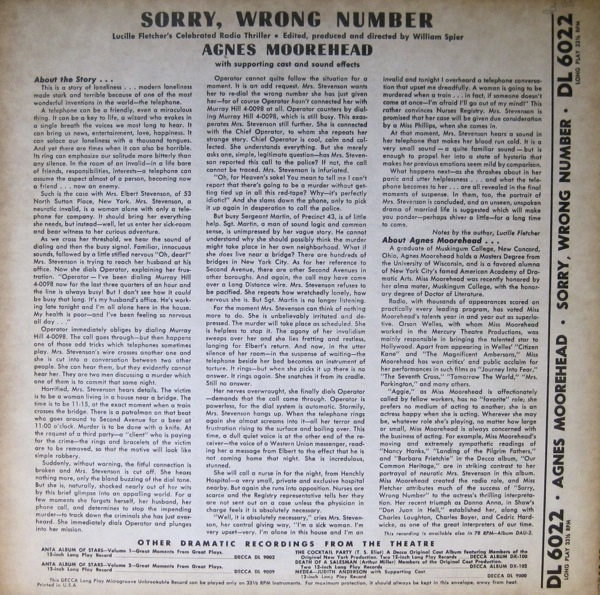 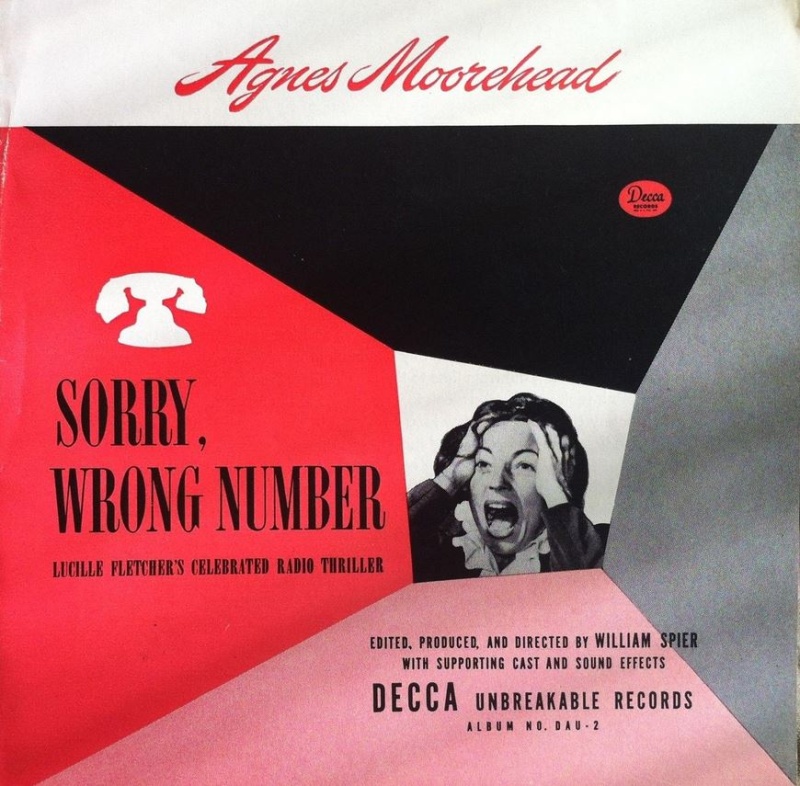 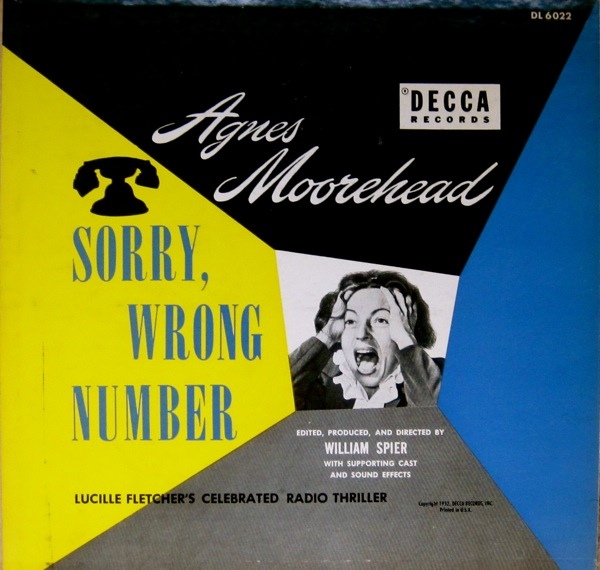 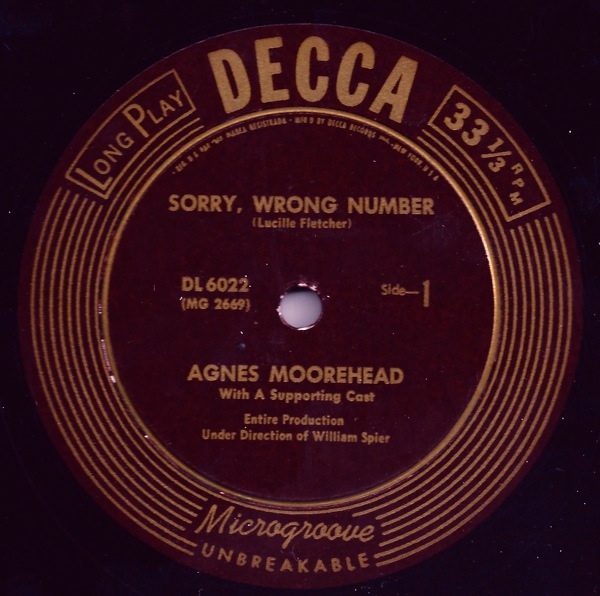 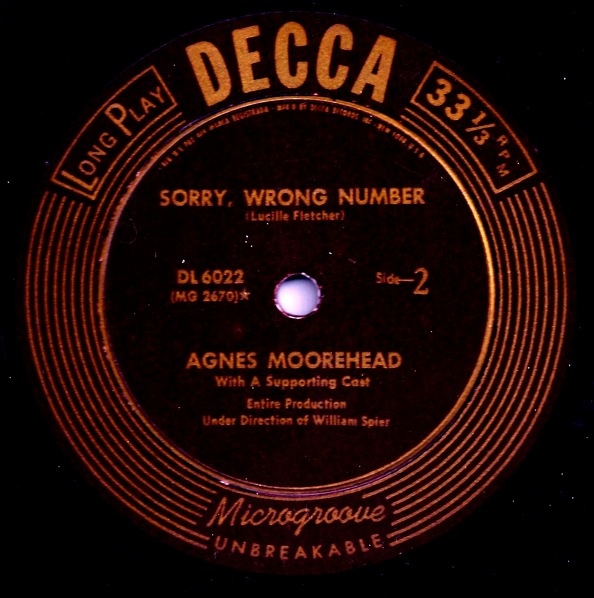 This is going to be neat to listen to! Thanks, guys.

Greybelt, thanks for all the valuable research.  Agnes Moorehead appeared eight times on Suspense between 1943 and 1960 in "Sorry, Wrong Number."  The special Decca recording is generally overlooked.  I have dropped a couple more items into the original audio file folder that might be of interest.  The first is a Saturday Review of Literature column by the radio critic Harriet Van Horne dated 9-27-47 reviewing the Decca recording.  The second is a copy of an original CBS publicity still I picked up on Ebay a few years back.  The photo is dated 9-9-52 and shows the toll of exhaustion on Moorehead as the play unfolds.  Note the presence of soundman Berne Surrey on heightened alert during the performance.

Thanks, all. I look forward to having time to "A/B" this with some SUSPENSEs, to lock down whether it is:

- a customized home release from broadcast discs (as with DRAGNET: THE CHRISTMAS STORY, aka "The Big Little Jesus.")

P.S. - In the meanwhile, here's a tweaked version of the Brunswick 45rpm release: 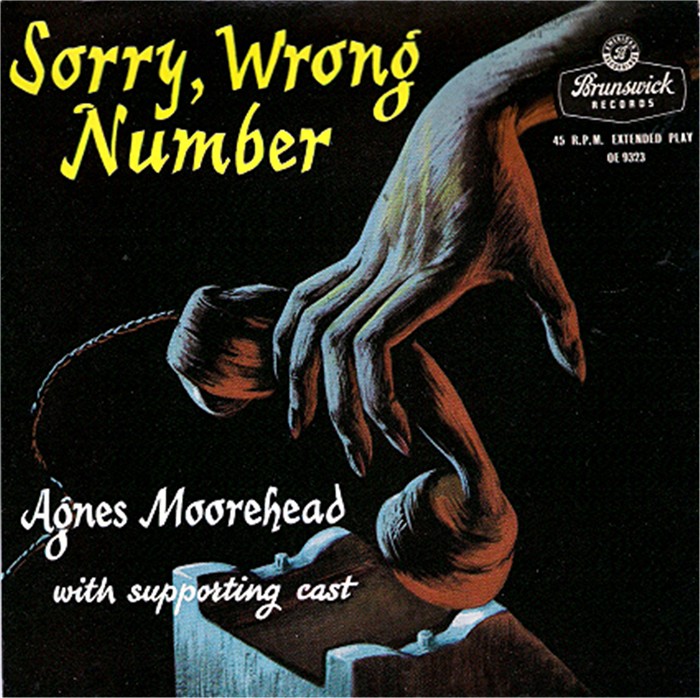 'Welcome for the graphic, grey!

There wasn't a lot of actual radio drama released on home discs back in what we now call the "OTR" era.

But as well as the ones cited in this thread, there was also the TOP*TEN series: 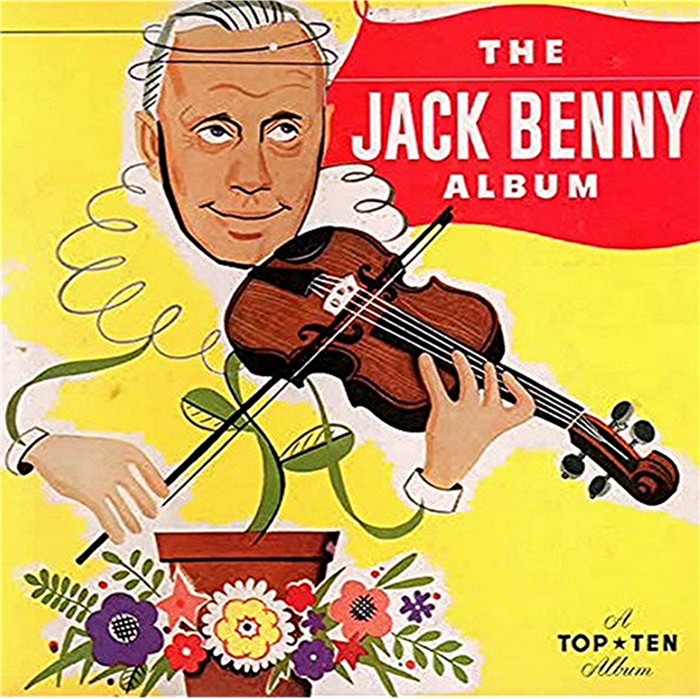